Laryngitis should be understood as inflammation of the larynx that occurs against the background of a cold or an infection such as whooping cough, measles, scarlet fever. It is observed in children and adults. Mouth breathing, hypothermia and overstrain of the larynx are provoking factors. Smoking and frequent drinking are also the culprits of the pathological process.

Symptoms of laryngitis are represented by a feeling of dryness in the oral cavity, hoarseness of the voice and cough, pain during swallowing, headache and a slight increase in temperature. Official medicine suggests treating the disease with expectorant drugs, antitussive and anti-inflammatory drugs. The acute form often requires antibiotics. Folk doctors note that treating laryngitis at home with self-prepared drugs is equally effective.

In the treatment of inflammation of the larynx, the use of plant infusions, according to representatives of traditional medicine, plays one of the main roles. Firstly, infusions help in increasing immunity. Secondly, they contribute to the elimination of the symptoms of the disease. The course usually lasts at least two weeks.

1. Thirty grams of dried fruit and stalks of raspberries are brewed with boiling water in an amount of two hundred milliliters. After an hour, filter. Accepted for chronic laryngitis of 0.12 l three times.
In the chronic form of nephritis, the infusion is not recommended.

2. With regular coughing and difficult sputum discharge, an infusion of coltsfoot is prepared. Fifteen grams of raw material are taken in half a cup of boiling water. Filter through a few hours. Use three times in seventy milliliters.
The infusion is contraindicated in liver diseases and can not be used by children under six years of age.

3. Two large tablespoons of oregano are poured into a mug of hot liquid and left for half an hour. After pressing, they begin treatment — one third of a cup up to 5 times a day. The recipe is especially recommended if atrophic laryngitis is diagnosed.

4. A tablespoon of nettle in a mug of boiling water is insisted for forty minutes. They consume the entire volume per day, making small sips and briefly holding the drink in the oral cavity.

5. Add three teaspoons of chopped onion to a glass of boiling water. After cooling, filter. They drink a folk remedy in a warm form before bedtime.

6. To a hundred and fifty ml of boiling water add a teaspoon of chopped horseradish root. Allow to stand under the lid until cool. The strained composition is consumed by a teaspoon up to six times a day.
If there are chronic diseases of the digestive system, you will have to refuse the use of the composition, otherwise a burn of the mucous membrane is possible.

7. A few handfuls of black elderberry in 0.5 l of boiling water can withstand forty minutes. After squeezing the raw material, a small spoonful of honey is introduced. Use half a cup up to four times a day.
With persistent constipation is not recommended.

8. A tablespoon of willow bark is poured with a mug of boiling water. On the steam bath they languish for half an hour. Pass the infusion through a sieve and take several large spoons twice. It can be used to treat laryngitis in children.

9. Two teaspoons of high mullein is steamed with a glass of hot water for 120 minutes. After filtration, pour 0.1 l of boiling water. Children with acute laryngitis are given a third of the glass four times. Adults can take two glasses three times a day.
Infusions, in which the plant is present, should be carefully filtered. Otherwise, small “hairs” of the plant can get into the drink, which subsequently cause stomach irritation.

10. To an incomplete cup of boiling water add five grams of thermopsis herb. Stand under the lid for an hour. Drink half a glass every few hours.
Until the age of twelve, the plant is contraindicated.

11. Add sixty grams of Ipecac herb to a mug of boiling water. Insist before cooling. Use in the acute form of the disease for 1 tbsp. l up to six times a day.

12. Two small tablespoons of blueberries are kept in 400 ml of boiling water for two hours. They treat children’s laryngitis with two glasses four times. Can be used for rinsing. Applicable if pharyngitis is observed.

13. Inflammation of the mucous membranes of the larynx is treated with Jerusalem artichoke. The cough recipe also helps. Two handfuls of crushed tubers are poured with a mug of hot moisture for 1 hour. Take two glasses four times.

14. If the disease is diagnosed in infants, an infusion of rose hips will help. Three pinches of raw materials account for half a liter of boiling water. Insist to cool. Give babies 5-10 ml as often as possible. If the child is older, it is indicated to take an incomplete coffee cup three times.
It is dangerous to resort to such treatment without consulting a pediatric otolaryngologist or pediatrician!

15. A few sheets of red cabbage in a glass of hot water insist half an hour. Drink infusion twice a day for three glasses. Cough treatment recommended. 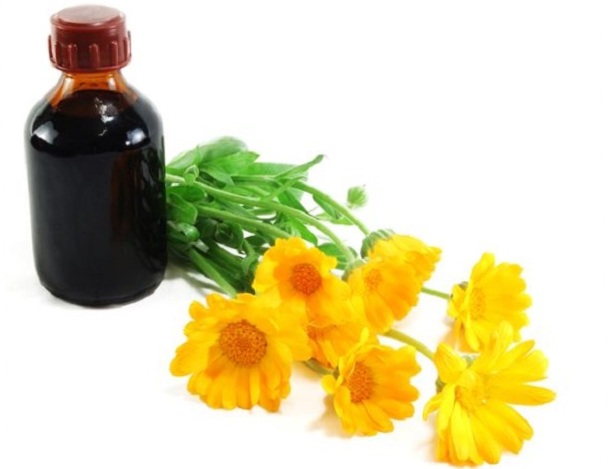