Pancreatitis is an inflammation of the pancreas, it occurs quite often, but many people do not pay much attention to this ailment. And in vain, because the pancreas is worth it to protect it, its role in the body is too great. Treatment of pancreatitis.

What is the pancreas?

The pancreas is one of the most important glands in the body. It produces hormones. Among the digestive organs of the pancreas, the responsible task is to ensure the digestion of products that the stomach could not cope with.

The pancreatic juice it contains contains a set of active enzymes. They are capable of splitting and dissolving any nutrients, making them suitable for digestion. Normally, the enzymes inside the pancreas are inactive
form. Full strength is gained by hitting the intestine. Then mix with food. But when the balance is broken — not far from trouble.

How does pancreatitis develop?

If the volume of the juice produced by the gland is markedly increased. Or on his way there was some obstacle, he does not have time to flow into the intestines in a timely manner. Then the pressure in the duct of the pancreas increases. This leads to an increase in the activity of pancreatic enzymes. In such cases, antiferment protection is not enough. It develops what is called in the scientific language «inflammatory-destructive syndrome». Simply put — damage to the pancreas digestive enzymes. This is the simplified form of the mechanism of pancreatitis.

Acute pancreatitis is an acute inflammation of the pancreas. Activated pancreatic enzymes penetrate the interstitial tissue of the gland itself. Vascular permeability increases. There is swelling of the body.

Chronic pancreatitis most often develops after acute acute pancreatitis. Also with liver diseases, atherosclerosis, ulcerative colitis and others.
Normal pancreatic tissue in this case is gradually replaced by scarring.

How to relieve an attack?

The main signs of an attack of pancreatitis are painful pain in the upper abdomen, nausea and vomiting. How to relieve the condition during an attack?

• If you have pain, stop eating, and before the examination by a doctor — and from drinking, as this causes additional irritation of the pancreas and stimulates the production of pancreatic enzymes.

• Be sure to lie down. Put ice on the part of the abdomen between the navel and chest. You can use a hot-water bottle with cold water.

• Do not take any medicine before the doctor comes.

What kind of diet?

Treatment of pancreatitis is impossible without the appointment of a special therapeutic diet. When
exacerbation of chronic pancreatitis for the first 2-3 days appoint hunger and hydrocarbonate chloride water (Borjomi, narzan) to 6 glasses per day. This contributes to the inhibition of pancreatitis sosotdeleniya.

In the following days, as the condition improves, the diet expands to mashed food.
In the phase of fading exacerbation and remission, it is recommended:

• It is desirable that the food be thermally treated, it should not be very cold or very hot;

• With good tolerance, raw vegetables and fruits are not ruled out, but sometimes they are perceived poorly, especially citrus.

Recipes for a note.

• With pancreatitis, oats jelly has medicinal properties: whole oats need to be picked up, soaked and put in a warm place. On the second day, the grains will germinate. They need to be washed, dried, and then grinded. Then dilute the flour with cold water, pour all the boiling water and boil for 1-2 minutes. Another 20 minutes drink should be insisted.
Then strain and drink fresh.

• In chronic pancreatitis it is useful to drink chicory, brewing it like coffee, in half
with milk. 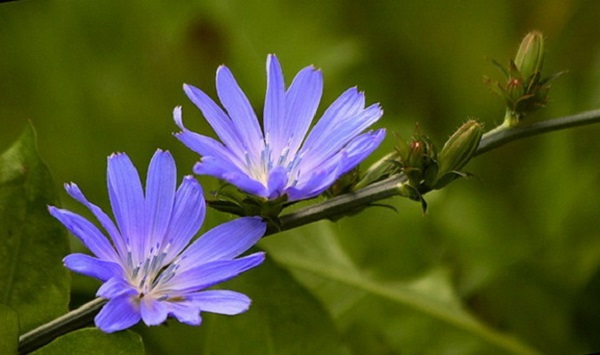