Reception of herbal infusions normalizes the heart rhythm, minimizes migraines and dizziness, helps in the fight against insomnia and sweating. Treatment is recommended at home until the disappearance of unpleasant symptoms.

1. Infusion of oregano has a calming effect on the nervous system. A couple of spoons of raw material is poured with 500 milliliters of boiling water and defended in a thermos. The total volume is divided into three doses, drinking during the day half an hour before meals.

2. To normalize sweat glands, use sage infusion. One Art. l herbs are steamed with several cups of hot water. Drink during the day.
Sage should absolutely not be used for endometriosis and hypertension. Otherwise, the condition may deteriorate sharply.

3. With increased excitability and frequent hot flashes, the infusion of Valerian officinalis is recommended. Five grams of rhizomes are mixed with 250 ml of hot water, insisted for several hours and drunk twice a day — in the morning and in the evening.

4. The regulation of the balance of female sex hormones contributes to the intake of angelica infusion. Also, the plant is credited with an effective effect on the cardiovascular system, so men are prescribed a drink. An infusion is prepared as follows: ten grams of angelica root is added to 0.22 liters of boiling water. They withstand a short time, after 30 minutes they languish in a water bath. To the filtered broth, add 100 ml of boiled water. Take an infusion of half a cup three times a day.

5. For the treatment of severe uterine bleeding, 0.25 l of boiling water is brewed with a dessert spoon of crushed bark of young cherry twigs. Insist a quarter of an hour. Use an infusion of half a glass twice a day.

6. Two dessert spoons of blue cornflower flowers are poured with 200 ml of boiling water. Stand under the lid for an hour. Use the infusion with a fast heartbeat (recommended for both sexes) three times a day before meals, 80 milliliters each.

7. Reduce the frequency of hot flashes, put in order sleep and relieve other symptoms of menopause dill water helps. Three tbsp. l dill seeds are poured with half a liter of boiling water and insist for an hour, covered with a towel. After that, water is added to the composition, bringing the volume to 1 liter. Take one hundred milliliters four times a day, preferably after a meal. The duration of treatment is a month.
Dill seeds pose a serious danger to women with differential pressures.

8. The root of cyanosis helps to get rid of causeless fears and strong nervous tension. Suitable for women and men. The crushed root in the amount of 15 grams is poured with 0.25 liters of hot water and left under a towel for the night. Drink the third part of the glass three times a day after meals.

9. To eliminate dizziness and suffocation, a blood-red hawthorn is indicated. Take 15 g of dried fruit, pour 230 ml of boiling water and send it to a warm place for two hours, after wrapping the container with a towel. After filtered, folk remedies are filtered. Carry out the reception according to the following scheme: in the fourth part of the glass four times a day before meals. 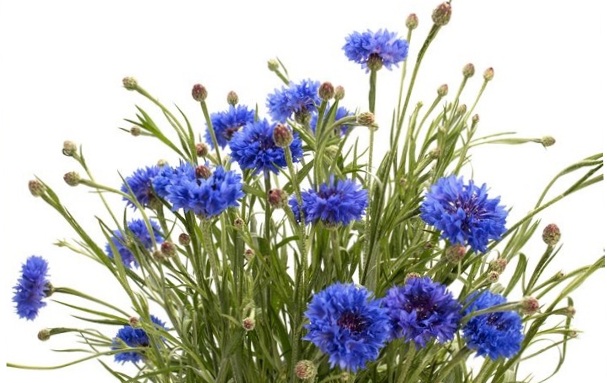