Sinusitis is an inflammation of the nasal mucosa that can also affect the bony walls of the maxillary sinuses.

Most often, the symptoms of acute inflammation, which flows into a chronic form, are found in children, but a person of any age can find them in himself.

How to treat sinusitis depends, first of all, on the form of the disease. But in any case, herbal medicine will help alleviate the symptoms of inflammation.

At the initial stage, it can be used as an independent method of treatment, and in acute and chronic sinusitis — in combination with drug treatment.

SYMPTOMS OF HAYMORITIS IN ADULTS AND CAUSES OF THE DISEASE

Sinusitis often occurs as a complication after prolonged rhinitis with ARVI. In addition, it can be triggered by chronic throat infections, prolonged allergic rhinitis. A deviated nasal septum and upper teeth damaged by caries can also cause inflammation.

You can determine the development of sinusitis by the following symptoms:

severe nasal congestion;
mucous and purulent nasal discharge;
pain in the eye socket and up to the upper jaw;
headache;
conjunctivitis (often develops in a chronic form).

When treating sinusitis, it is necessary to cope with the infection that caused it, relieve inflammation, improve mucus separation, remove the sensations of pain and discomfort, which, as a rule, intensify in the evening. Both in combination with drug treatment, and independently, folk remedies for sinusitis have shown themselves well. In particular, herbal medicine is effective:

to relieve symptoms in the acute form of the disease;
to ease the course of chronic sinusitis;
to recover from the transferred inflammation;
for the prevention of the onset of the disease during the ARVI season.

At home, various decoctions and infusions are rinsed and buried in the nose. Effective for sinusitis and inhalations based on medicinal plants — but only when used correctly. It is important that the steam is not very hot, you need to breathe slowly, and before the procedure, clean your nose with a saline solution.

Herbal infusions and decoctions during the treatment period are also taken orally in order to make the mucus more liquid. In addition, medicinal plants also strengthen the immune system.

HEALING PLANTS THAT HELP WITH GAYMORITIS

Folk remedies for sinusitis are effective when used for long courses. Treatment of the disease is effective when using one-component remedies and fees in which herbs complement each other’s action. Antiseptic, anti-inflammatory and regenerating properties of plants are especially valuable against sinusitis.

It is good to use it for rinsing the nose, which is carried out using a special teapot, syringe or syringe without a needle. Chamomile not only cleanses but also reduces inflammation and discomfort.

To rinse your nose, you need to make a weak chamomile tea. To do this, take half a teaspoon of dried chamomile and pour a glass of boiling water over it.

Calendula will provide restoration of the nasal mucosa, softening and eliminating inflammation.

With sinusitis, calendula flowers are often used for steam inhalation. For this, a decoction is prepared: 4 cups of boiling water requires 4 tbsp. l. dried raw materials. Boil the broth for a few minutes, wait until the steam cools down a little and inhale, wrapped in a towel. You can add a couple of drops of oil to the broth — eucalyptus or tea tree.

You should not be limited only to local treatment: the medicine for sinusitis can be taken orally.

For example, a decoction of plantain will help thin the mucus and activate its excretion. To prepare it, you need to take a teaspoon of dried leaves in a glass of water, boil for a couple of minutes, drain and drink in a day, divided into two or three doses.

Despite treatment, sinusitis symptoms may return. To prevent this from happening, you must follow certain rules:

Find out the cause of sinusitis and eliminate it (for example, treat teeth, do not run a runny nose in case of allergies and SARS).
When treating a common cold, do not use vasoconstrictor drops uncontrollably. The nose must be rinsed with saline and moistened with oil.
Try to strengthen the immune system in simple and well-known ways: fresh air, sports, good nutrition, herbs. 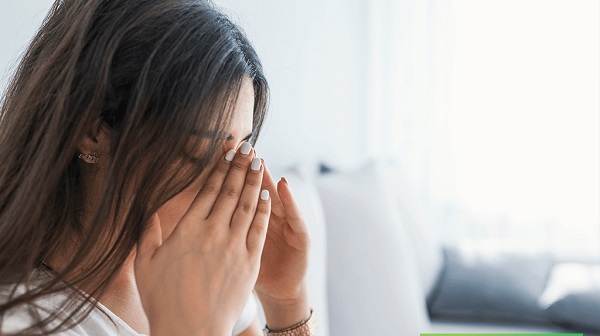