1. Prepare a collection of St. John’s wort, rosehip root, corn stigmas, parsley, arborvitae, lingonberry leaves, peppermint, creeping wheatgrass, blackcurrant and field horsetail. Components are taken equally. Two large pinches of raw material are required per liter of boiled water. Insist in a warm place for six hours. After pressing, it is divided into 3 portions and consumed during the day, preferably on an empty stomach. The collection helps to remove sand, has an anti-inflammatory effect and relieves spasms.

2. Diuretic infusion is prepared from the following components: knotweed, oregano, dog rose, St. John’s wort, lemon balm, sage. Plant components are mixed in equal proportions, after which several tablespoons are selected. Steamed one hundred and fifty milliliters of boiling water, defend until cooling under a towel. The first three days of therapy take 150 ml three times before a meal, after — 170 ml, adding five drops of fir oil to each serving.
To prevent damage to tooth enamel, the infusion should be taken through a straw.

4. If the stones are formed from uric acid, a mixture of horsetail, wild strawberry, leaves of drooping birch, dill, lingonberry and parsley fruits helps. Mixed in equal proportions, the components in the amount of a couple of tablespoons are crushed and injected to a liter of boiled moisture for four hours. After squeezing and drinking half a glass each time after a meal.

5. With oxalate stones, a mixture of dill seeds, field horsetail, peppermint and corn stigmas is prepared. Components are taken in equal shares. To prepare the infusion, 40 g are taken, 1 liter of boiling water is poured and allowed to stand until completely cooled. Use two glasses, repeating four times a day.

6. 30 g of mixed blueberries, bearberry, corn stigmas are mixed, 50 g of common bean leaves are added. The mixture is ground. A cup of boiling water is steamed 1 tbsp. l Use a cup three times with phosphate formations and an alkaline reaction of urine.

7. Prepare a treatment fee from twenty grams of leaflets of common beans and leaves of blueberry, twenty-five grams of heather flowers, field horsetail grass, St. John’s wort perforated. At ten o’clock 1 tbsp. l the mixture is steamed with 0.25 l of boiling water. With urate hardenings, they drink a cup twice a day.

8. For one part, take licorice root, field horsetail grass, bearberry, and two each for juniper fruits and caraway seeds. How to make tea 1 tbsp. l mixtures. Drink once a day. The dose is a cup.

9. Combine fifty grams of wild strawberry grass, thirty — black currant leaves, twenty — common lingonberries. The mixture is steamed with a liter of boiled moisture for one hour, and then filtered. For a day, it is shown to take up to three glasses.

10. Combine 30 g of horsetail grass, tricolor violet and buckthorn root, 20 g of medicinal dandelion and St. John’s wort perforated. Combine 15 g of collection with 230 ml of boiling water for half an hour. With phosphate formations, they are consumed three times a day in a cup.
The recipe should be discarded with a tendency to diarrhea.

11. From a pinch of licorice root and green lingonberry taken from a single pinch, a collection is prepared. Add two pinches of warty birch leaves and a little grass of European ungulate. A large spoonful of the mixture is steamed with a mug of boiled moisture. After filtration, they use half the volume in the morning and evening.

12. To thirty grams of celandine they add twenty each — the root of the common barberry and oregano. Fifteen grams of the collection pour 0.25 liters of boiling water. After pressing, treatment begins — one hundred milliliters twice with uric acid stones. 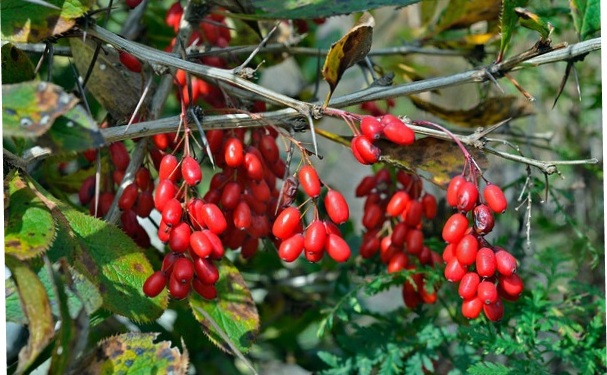