During my first pregnancy, I suffered greatly from leg cramps. Convulsions during pregnancy.
They were especially painful in the morning — sometimes I could not even straighten my leg. I remember that the doctor could not help me with anything special. I and suffered before delivery.

Soon I plan a second pregnancy. I really would like to avoid cramps or even know how to cope with them.

Why do convulsions occur during pregnancy? Whether it is possible to prevent them.

During pregnancy, many women face very unpleasant cramps in the calf muscles. An attack of seizures in a pregnant woman can occur at any time — day or night. Some women have seizures in the first trimester of pregnancy. Others — in the last months. There are also lucky ones, whose cramps do not touch at all.

Let’s try to understand the causes of seizures during pregnancy. If we talk about women who are seized by convulsions during the first three months of pregnancy.

They have the most important cause of seizures is toxicosis. During toxicosis, along with vomiting, the body of a woman loses a huge amount of vitamins and microelements.

More precisely, the body loses potassium, magnesium, calcium, vitamin D, E and so on. It is the insufficient amount of the above microelements and vitamins that leads to the appearance of seizures.

Thus, if there are seizures in the first trimester of pregnancy, first of all it is necessary to fight with toxicosis and eat right. The doctor should prescribe the intake of special vitamin preparations.

If we talk about women who suffer from seizures during the last three months of pregnancy. That they may have other causes of seizures.
The first cause of calf seizures in this period of pregnancy may be a shortage of vitamins and trace elements, as in the case of the first trimester of pregnancy.
The second reason is varicose veins.

However, if a woman still has this disease, then along with the cramps it will also begin to be troubled by the heaviness in the legs, swelling and much more.
The third cause may be the syndrome of the inferior vena cava.

In this case, being in a supine position, the woman’s uterus squeezes the lower vena cava. This leads to a weak venous outflow, and consequently, to calf convulsions. Almost always this problem accompanies women who have a multiple pregnancy.

Cramps of calf muscles really represent a very unpleasant phenomenon, especially if it worries pregnant women. Therefore, it is very important to know and apply preventive measures that will help prevent the occurrence of seizures.

• Pay attention to food. They should contain a sufficient amount of vitamin E, calcium and magnesium.
With a high level of magnesium in the blood, muscle and nervous excitement decrease, which prevents the appearance of seizures.

• Sleep, starting from the fourth month, only on the side.

• Do not walk or be on your feet for a very long period of time. Refuse and throwing your feet on your leg.

• To prevent muscle cramps, massage your legs often or ask your husband about it, especially before going to bed. Massage is performed from the hips to the feet. Suitable and such an exercise: lie on the floor, raise your legs, bending them in your knees, and strongly rest your toes on the wall.

• Try to lead an active lifestyle. Regularly perform joint exercises for pregnant women, very useful in the pool, even just swimming is an excellent prevention.

Almost always the calf convulsions of a pregnant woman occur at night in the period of falling asleep or in the morning at the moment of awakening.

If you have spasms of gastrocnemius muscles, pull the toe with your fingers pressed to yourself. Usually such movements help to get rid of cramps. After that, massage your feet and walk around the room a little.
This will help restore blood circulation. 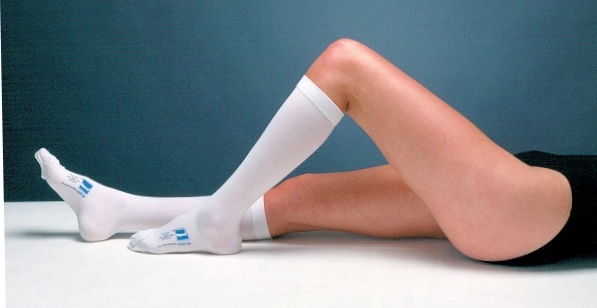