Decoctions of plant materials are used internally in the fight against different types of disease, demonstrating high efficiency in terms of exposure to pathogens.

1. To get rid of skin fungus quickly, prepare a collection of two tablespoons of calendula flowers and a similar amount of blackberry leaves. 15 g of raw material is poured into a glass of water and boiled for ten minutes. Drink half a cup twice a day. The course is three weeks.

2. Oat decoction helps in the treatment of intestines. For thirty glasses of water take ten glasses of oats. They simmer on low heat for 3 hours. A filtered broth is taken 100 g three times for four months.

3. With vaginal candidiasis, a decoction of burdock and elecampane is prepared (1 teaspoon of raw material per glass of boiling water, boiled for half an hour). Drink half a cup twice.

4. Half an liter of water is poured into the enameled container. Put on fire and bring to a boil. After enter 1 tbsp. l oak bark, pre-shredded. Bring to a boil again and cool. Drink ½ cup twice with vaginal candidiasis.

6. With the formation of a foci of infection in the body, prepare a mixture of calendula flowers, oak bark, blackberry leaves, medicinal verbena, and horsetail. 10 g in a glass of water is boiled for a quarter of an hour. Drink up to four times a day for a dessert spoon.
Such collection is not recommended for women.

The method is intended to get rid of fungal infections of the throat and oral cavity, including the tongue. In addition, the compositions are used to treat nasal passages. Therapy is continued until the discomfort disappears.

1. Prepare a solution from a glass of water, 1 tbsp. l golden mustache juice and half lemon juice. Gargle twice a day after meals.

2. Squeeze juice from fresh or frozen cranberries. Dilute 1: 1 with water. Rinse after each meal.

3. In a glass of boiling water, several large spoons of flaxseed are steamed. An hour later squeeze. Gargle thrice three times a day. The same tool is used to lubricate the oral cavity with candidiasis in the tongue and rinse the nose.

4. With candidiasis in the mouth and the formation of infection in the nose, a soda solution is prepared (1 tsp. Per 230 ml of moisture). Rinse (washed) after a morning meal. Helps to overcome the disease in the tongue. Similarly, it is recommended to use carrot juice diluted 1: 1 with water.

5. To 220 ml of hot liquid add 1 tbsp. l chopped parsley root. After half an hour squeeze. Used for rinsing the mouth and washing the nose twice.

6. In a glass of boiling water, 10 g of dill seed is steamed. After straining, use an infusion to rinse the oral cavity.

8. Raw beet juice is called an effective tool in the fight against a disease in the nose. Before use, it is diluted with a small amount of warm water. Washed twice a day. 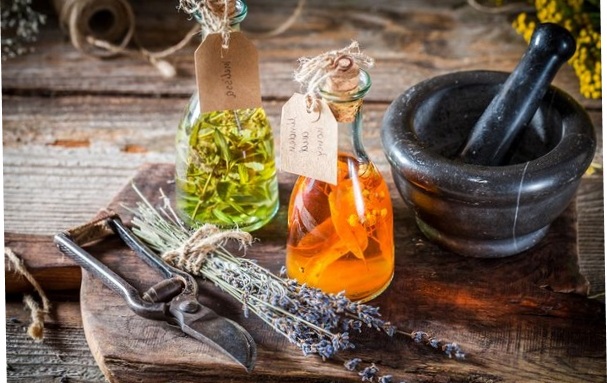