In the acute form of the disease, inhalations are carried out at home four times a day. Duration — 5-7 minutes, in case of transition of the disease to the chronic stage, the duration of the procedure is increased to 10. Therapy of this plan is acceptable until the disappearance of signs of pharyngitis.
Treatment can be carried out with special inhalers or breathe over the product added to the bowl, covering your head with a towel.

Inhalation is strictly prohibited at elevated body temperature. In some cases, treatment of such a plan can lead to swelling of the mucous membranes (due to vasodilation due to heat).

1. 20 grams of pine needles brew a cup of boiling water. After an hour, they are filtered, heated and used for therapeutic inhalations in the acute form of the disease.

2. The crushed calamus root in the amount of 15 g is laid out in an enameled bowl. 300 ml of water is poured there. Bring to a boil. 10 minutes later add chamomile flowers to the container, not more than a handful. Cover with a towel, wait an hour. Applied twice a day for inhalation in chronic pharyngitis.

3. To soften and moisturize the mucosa in the treatment of the chronic form of the disease, use a collection of equal parts of sage, lime blossom and calendula. Mix and separate a tablespoon of raw materials. Brew a cup of boiling water, stand for 40 minutes. Conduct sessions three times a day.
In chronic pharyngitis, you should not use sage, since it has a strong drying effect on the inflamed mucosa.

4. Five grams of leaves of coltsfoot, one gram of peppermint and three grams of a series are poured with boiling water in an amount of 0.3 l. Stand under a towel for 60 minutes, filter. A slightly warmed folk remedy is indicated for inhalation in chronic pharyngitis in adults. Treatment is repeated four times a day.

5. In order to combat the disease in children, inhalation of boiled potatoes is indicated.

6. To treat the disease, squeeze the juice of fresh potatoes. Heated in a water bath. Breathe over the juice twice a day. The recipe is shown even to children.

7. Combine 20 g of lavender and peppermint flowers, add 40 g of oak bark. Steam the mixture with half a cup of boiling water. After a quarter of an hour, they are heated in a water bath and proceed to the treatment session. Repeat twice a day.

8. Add 15 g of baking soda to a bowl of freshly boiled water. Stir. Breathe over the bowl twice a day.

9. Make a mixture of equal shares of coltsfoot, yarrow, eucalyptus, peppermint and calendula. Brew 0.5 l of boiling water, leave for 1.5 hours. After the infusion is slightly warmed up. Inhalations are carried out at least twice a day.

10. Pharmacy chamomile flowers and yarrow grass are combined with 400 ml of freshly boiled water. Allow to stand for half an hour. They breathe over heated infusion three times a day.

11. Take 10 ml of yarrow infusion, add to the cup a decoction of viburnum root. Pour 250 ml of decoction of chamomile pharmacy. The drug is used for inhalation three times a day.

12. Horsetail and raspberry leaves are mixed in equal amounts. Take a tablespoon of the mixture, steamed with a glass of hot water. Under cover for two hours. After being heated. Breathe over the infusion several times a day.

13. Mix a decoction of oak bark (20 g per cup of boiling water), an infusion of mint leaves (10 g per 200 ml) and an infusion of lavender flowers (15 g per 250 ml). For each procedure, take 100 ml of the finished product. The average course of treatment is five procedures.

14. In an aluminum container put 80 grams of propolis, add 60 grams of beeswax and pour two cups of water. Heated in a water bath. Use several times a day.

15. Mix the decoction of calamus root bog (10 g per cup of boiling water) and the infusion of chamomile pharmacy (15 g per 0.2 l). When heated, apply 100 ml per procedure. Repeat twice a day.

16. To two glasses of boiling water add 100 ml of fresh honey. Inhale vapors three times a day. Can be used by children from 3 years.
Honey added to boiling water loses its beneficial properties. 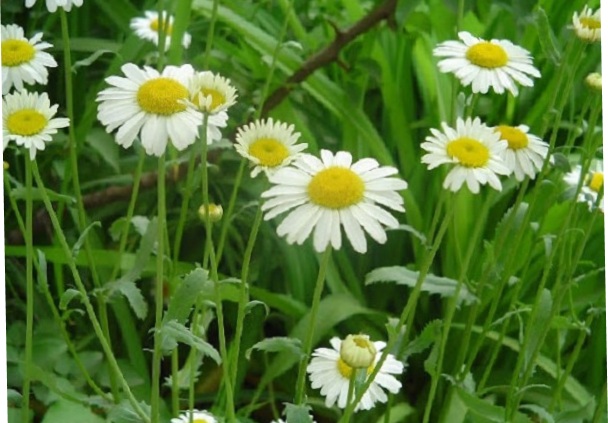