Get rid of cough effectively!

I tried to make a selection of the most effective home recipes for cough control based on herbs, spices and food. Best cough medicine.

For the preparation of «Anisovogo brew» we need the following ingredients:
anise — 2 tablespoons of seeds
honey — 2 tablespoons
water — 200 grams (1 glass)

The preparation of anise infusion is in fact one of the simplest.
We put the seeds of anise in a suitable container and fill them with boiling water.
After that we put it on a slow fire for 20 minutes, it will be enough. Further, our drug will be cooled to room temperature.
Chilled infusion filter through gauze or sieve and add 2 tablespoons of honey to it.
Take infusion should be inward to eat 3 times a day for 3 tablespoons or 50 grams.

This infusion also contains in its composition seeds of anise and for its preparation ingredients will be needed:
anise — 1 teaspoon of seeds
fennel — 1 teaspoon
water — 200 grams (1 glass)

Seeds of anise and fennel will be filled with boiling water, let it take half an hour.
As a dish, you can use a thermos to make the infusion better brewed.
After brewing and cooling at room temperature, strain the infusion through a sieve or gauze. It is taken before meals every 30 minutes in a dosage of 2-3 tablespoons.

For preparation it is necessary to take:
1 tsp turmeric
milk — 200 grams (1 glass)

In a glass of milk, add a teaspoon of turmeric and bring the drink to a boil. Use it should be before going to bed in a hot form.
Turmeric has a beneficial effect on our body and has a warming effect.

Tea with basil from cough.

In order to prepare a drink, you need to take the leaves of green basil and pour them with boiling water, I brew in a thermos.
After the drink is infused, you can take it 2-3 times a day for 50 grams. Green basil has an anti-inflammatory and antibacterial effect.

Milk with a fig from a cough.

To make it, you need the following ingredients:
figs — 5 pieces (can be used both fresh and dried)
milk — 400 grams (2 cups)

Figs are placed in a small saucepan and pour it with two glasses of hot milk, preferably just boiled.
We cover the saucepan tightly, giving the opportunity to brew. After the infusion becomes warm, it is ready for use, then we’ll turn over soft fruits.
Use infusion recommended 3-5 times a day in a warm form on a half cup. It is used mainly for bronchitis and angina.

Honey from a cough.

Honey has long been known for its medicinal properties, and honey in honeycombs is just a storehouse of useful vitamins and trace elements.
When coughing, especially dry, it is very good to just chew a piece of honeycomb.
The procedure is recommended to be carried out during the day every hour for 15 minutes, strictly speaking it’s the whole recipe.

To make a drug, we need to mix well black pepper and honey. Take the prepared pasta must be rassasyvaya after eating 3 times a day.

To prepare the pasta, we take the following ingredients:
cinnamon — ½ teaspoon
honey — 1 teaspoon

To make pasta, you need to mix cinnamon with honey, so that there are no lumps left. Take it by dissolving 3-4 times a day.

Ingredients:
ginger — a half teaspoon of powder
cloves — a quarter teaspoon
cinnamon — a fifth of a teaspoon

Tea is prepared by mixing all three components, that is: ginger, cloves and cinnamon, which we place in a thermos and pour boiling water. Let the tea last for 30 minutes. You need to drink tea 4-5 times a day.

Infusion on spices from coughing

It is required to take all the components by placing them in a thermos and pour one cup of boiling water. Let the composition be infused for half an hour, after which it can be taken one glass four times a day. 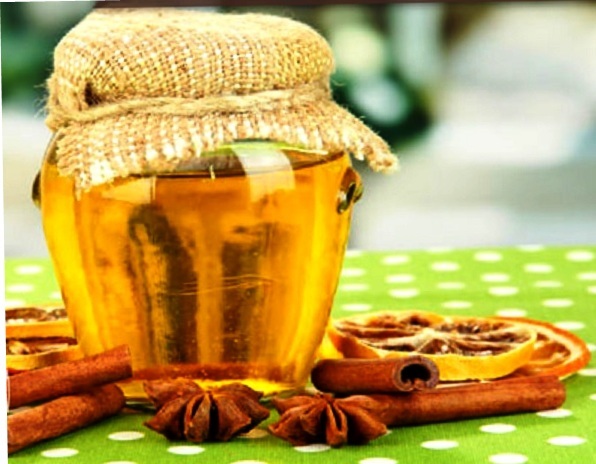