2. A tablespoon of wild strawberry berries and twice as much as a wild rose are poured into enameled dishes. Insist under the lid for half an hour (three glasses of boiling water). Take half a cup twice a day as a tonic and from the IRR.
Rosehip has a diuretic effect, which is why it should not be used too often.

3. To eliminate the tides, such a collection is carried out: 10 g of chamomile flowers, pharmacy, yarrow, celandine grass and 5 g of goose cinquefoil. Strain the collection with a glass of boiling water. Insist for 40 minutes. Drink before meals. Repeat twice.

5. The following composition is called effective in the treatment of depression and neurasthenia: a dessert spoon of lemon balm, a teaspoon of chicory root and Ivan tea, a pinch of mint and hawthorn. Art. a spoonful of the finished collection is poured with boiling water (300 ml) and defended for thirty minutes. Use the infusion several times a day before meals, 1/3 cup.

6. At home, they are preparing a collection of twenty grams of odorous woodruff herb and a similar amount of motherwort, twenty-five grams of blackberry leaves, and fifteen grams of marsh dried pine. The collection spoon is steamed with 0.25 liters of boiling water, allowed to stand for an hour (preferably in a thermos). Share the drink three times. Ten days after the start of therapy, it promises to normalize sleep, improve appetite.

7. 20 grams of rhizomes of wheatgrass, goldenrod grass and juniper fruits are mixed with 10 grams of walnut leaves. Separate a teaspoon, add 200 ml of boiling water, stand for an hour. Take 100 ml in the morning and evening before meals.

9. Ginger-mint infusion helps to cheer up. It is indicated in the treatment of female menopause. Ground ginger in the amount of two dessert spoons is mixed with a teaspoon of mint (dry or fresh). Pour water (300 ml) and leave to infuse for 25 minutes. Drink the composition before eating. Drink twice a day for 150 ml.
Excessive consumption of a ginger drink will negatively affect the cardiovascular system and cause sleep disturbance. 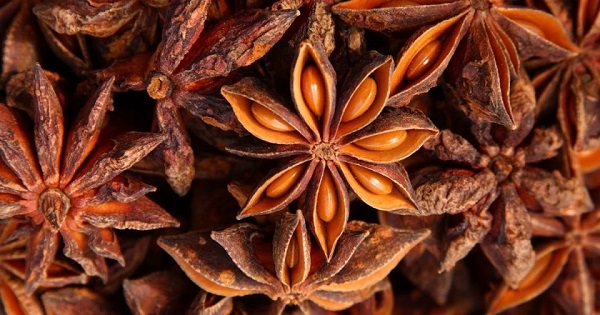