Infusions for the treatment of gastritis. Herbs for gastritis are especially effective. Treatment with phyto-infusions is considered a good start to normalize the patient’s condition. The course averages about two months. After a break, they must repeat the therapy.

1. Chronic gastritis and heartburn are treated like this: during saping (in spring), birch bark is collected. Finely chopped. Thirty grams are added to a liter of boiling water. After 3 hours, filter. Treatment is carried out three times a day. Dose — ½ cup. The course should not exceed twenty days.
Birch bark cannot be used while taking glucose-containing medicines.

2. If severe pain and belching are observed, celandine is brewed. Half a liter of hot moisture accounts for 1 tbsp. l herbs. Use during the day, replacing tea.
Uncontrolled intake of celandine can result in serious poisoning.

3. Five grams of chopped burdock root are added to 500 ml of boiling water and kept under cover for 12 hours. Take ½ cup four times with superficial gastritis.

4. Flax helps to relieve inflammation and reduce discomfort in various forms of the disease, including antrum. A couple of small spoons of seed in the evening steamed 0.24 liters of boiling water. In the morning they drink a third of the total volume, also eating seed. The rest of the infusion is distributed over twenty-four hours. The recipe is considered one of the most effective in the fight against acute inflammation.
Once in the body, fiber begins to absorb water. To avoid fluid deficiency, increase the amount of water consumed per day. In addition, flax seeds can lead to flatulence.

5. Fight with low acidity is recommended through rose hips. Four large tablespoons of chopped greens are poured into a container with a liter of boiling water and insisted for eight hours at room temperature. Drink a glass three times.

6. Phlegmonous disease is treated with chaga. The raw materials are crushed and poured with water. After 2 hours, squeeze. The mushroom is poured with moisture repeatedly, for a couple of days it is placed in a dark place. After make the connection of the two infusions. Take a glass three times. After two weeks, the dose is changed — twenty drops per cup of boiled water.

7. In the fight against low acidity and duodenitis, plantain helps. Ten grams of dry crushed leaves steamed 0.35 l of boiling water. After two hours, the liquid is drained and taken at a time. The procedure is performed daily for one to two weeks.

8. A calming effect on the gastrointestinal tract is chamomile. This is an effective folk remedy for the hyperacid form of the disease. The infusion should be strong — a large spoonful of raw materials per cup of water. Withstand the night. Drink twice a day for half a cup. You can cook differently: one tea bag (bought at the pharmacy) is insisted in a glass of liquid for fifteen minutes. Add some honey and drink. Use as tea after meals. The recipe is allowed for children.

9. Ten grams of calendula flowers are added to a glass of hot water and kept for several hours. Used for erosive gastritis, dividing the volume into several portions.
Calendula should be used with a tendency to allergies and bronchial asthma.

10. In acute form, take a tablespoon of chopped lettuce. Steamed with a glass of boiling water for two hours. Filter using gauze. Take half a cup before breakfast and night rest. Continue treatment for more than fourteen days.

11. If the pain is very severe, take 10 grams of licorice root and pour 230 ml of boiled liquid. After 1 hour, put in a water bath and simmer for about fifteen minutes. Filter. Take twice during the ten days — in the morning and evening, one hundred milliliters.

12. In the catarrhal inflammatory process, especially in the early stages, the following infusion is prepared: three large spoons of crushed leaves of fresh peppermint are added to a liter of boiling water. After three hours, filter. Treated in the morning and evening, distributing the entire volume.

13. With reduced acidity, an elecampane infusion is prepared: twenty grams of raw materials are added to a glass of boiling water and kept under a towel for 1 hour. Squeeze. Reception — a tablespoon up to five times a day.

14. Acute gastritis is treated with coltsfoot: 0.18 l of boiling water accounts for 15 g of herb. It is kept under the lid for half an hour. Use 30 ml three times.

15. With an exacerbation of the disease, ten grams of lingonberry leaves are steamed with a glass of boiling water. Filter after one hour and use a tablespoon three times.

16. To improve the digestion process and normalize appetite, treatment is carried out by means of wormwood infusion: a tablespoon in a glass of hot moisture. After twenty minutes, filter. Use four times in 15 ml.
Wormwood is not the best choice for treatment. The plant is prohibited for any disease of the digestive tract. During the period of exacerbation, its reception is completely capable of turning into complications.

17. A teaspoon of rhizome of bog calamus is steamed with 200 ml of boiling water and kept for about twenty minutes. Take four times in the third part. It is indicated for low acidity. There is another way: calamus rhizomes are crushed to the state of crumbs. In a cup of chilled moisture, a tablespoon is insisted for 6 hours. After filtration, they drink drink gauze through two layers — three times 10 ml for focal pathology.

18. If an erosive form of the disease is observed, add 1 tsp to 250 ml of boiling water. yarrow. Stand in a water bath for about five minutes, and stand for half an hour. Treatment occurs before meals in ½ cup.

19. With normal acidity, an infusion of a flower basket of sand immortelle is prepared. It takes 10 g of raw material per 0.22 l of water. Wrapped, insist for several hours. Use three times before breakfast, lunch and dinner, half the volume.
Treatment through the immortelle, lasting more than three months, results in congestion in the liver.

20. 400 milliliters of boiling water pour twenty grams of ripe fruits of cinnamon rose hips. Insist 3 hours. After filtering add a spoonful of honey. Take twice 50 ml for any form of chronic gastritis. Recommended for controlling the disease in children.

21. Several art. l crushed sage is combined with 0.4 liters of boiling water for 1 hour. Treatment is performed in the inflammatory process of the duodenum, 100 ml three times a day.

22. Steamed 1 tbsp. l dried chicory roots 250 ml of boiled liquid for one hour. Filter and drink in several stages. Helps to reduce the severity of the inflammatory process and discomfort in the presence of a hyperplastic type of pathology.

24. The atrophic form at home is eliminated by galangal. A teaspoon of raw materials per 220 ml of boiling water is needed. Drink warm fifty milliliters four times before meals.

25. Insist twelve hours 15 g of fresh parsley roots in 200 ml of boiling water. Use with low acidity up to four times a day for a large spoon.

26. In a liter jar placed 50 g of a mixture of leaves and roots of wild strawberries. Steamed with half a liter of boiling water and kept under a towel for about 8 hours. Squeeze. Use ½ cup per day.

27. With an erosive form, an infusion of ginger root is prepared. A small piece is ground on a grater, steamed with 250 ml of hot moisture and stand for 10 minutes. Squeezed, divided into two portions and consumed after lunch and dinner.

28. Proponents of alternative medicine argue that getting rid of stomach inflammation is forever possible through centaury. Grind 1 tbsp. l herbs, steamed with 250 ml of boiling water and allowed to cool. Use ten milliliters before meals.
The recipe is strictly prohibited with increasing acidity. With peptic ulcer, treatment will also be unsafe.

30. To eliminate pain, heartburn and heaviness, raspberry branches are prepared. A glass of hot moisture requires 1 tbsp. l fresh raw materials. It is crushed. Stand under a towel for one hour. Used for treatment in 1/3 cup twice after a meal.

31. If gastritis is accompanied by constipation, the following folk remedy is recommended: 1 tbsp. Of boiling water is boiled in boiling water l speckled podnik. In a water bath heated for 10 minutes. Allow to stand until cooling. Take ¼ cup four times.

32. To 300 ml of hot moisture, add a dessert spoon of chopped apple blossoms. After 1 hour, squeeze. Use the entire volume per day to relieve acute inflammation in children and adults.
The recipe can turn into an allergy, so people with a tendency to appropriate reactions should use the color of the apple tree with caution. 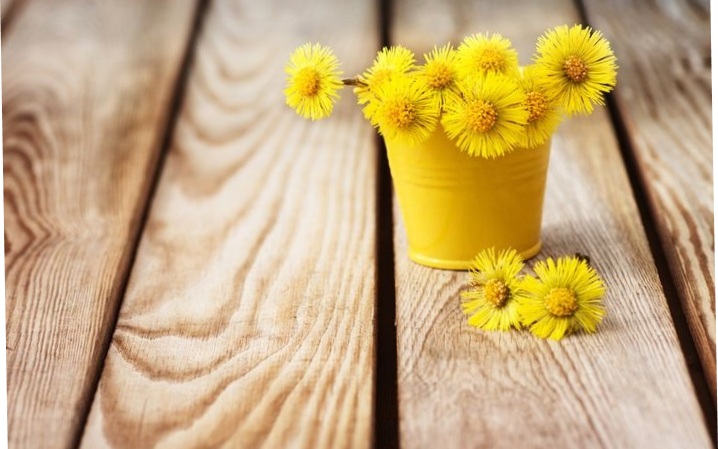